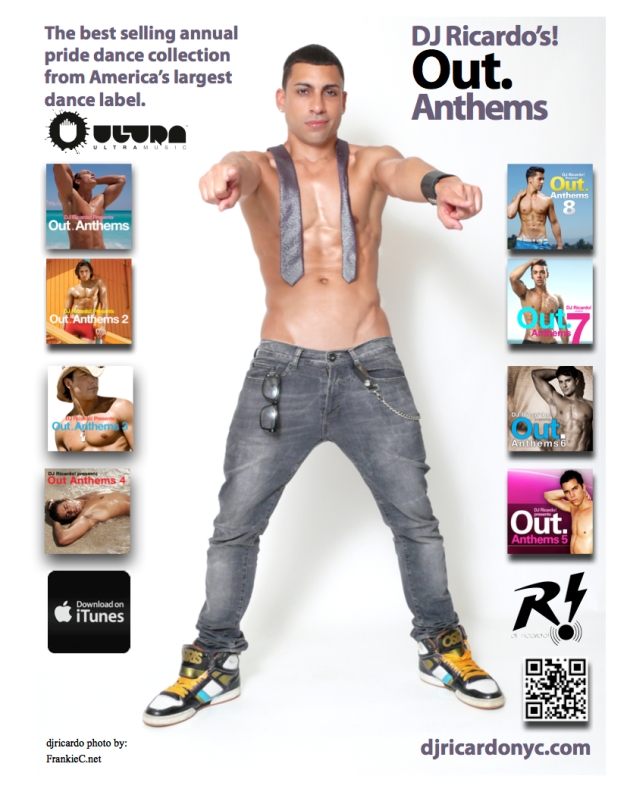 “MUSIC! It’s the vehicle that drives my life.” 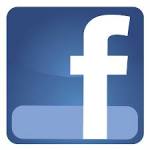 Navigate to Discography Section to Listen and see Tracklisings 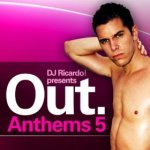 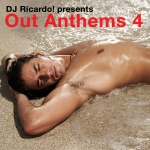 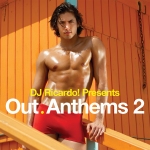 Superstar DJ Ricardo! has distinguished himself as a DJ whose every mix demands a dance.

He’s not afraid to mix it up.  Fearlessly playing what he knows will bring life to a crowd, he flawlessly blends elements of his favorite genres:  tribal house, electro, progressive, techno and even disco, rock and 80’s classics.   He is proud of the names he has given to the different styles of dance music, which he incorporates in his sets.  “I play ‘deep progressive high-heeled runway house’ with ‘melodic emotional progressive’ blended with  ‘super-diva drama vocals’ with elements of  ‘dark minimal tech-house’ and some ‘latin infused tribal’ thrown in just for good measure….  I don’t like to be bound by any particular genre because there are elements of every genre that I enjoy.  As long as it makes people dance then I am doing my job as a DJ.  You know when I was playing regularly at Crobar, New York, I was often booked to DJ in the Hip Hop room and although I am not a huge fan of modern hip hop, I was able to craft a set that would tread a fine line between hip hop and house.  I managed to get the hip hop room going, before they even realized it, I tricked them into dancing to house music!”

DJ Ricardo! is a veteran in the dance music industry.  Since 2006 he has been signed to Ultra Records/Music as its exclusive A&R and mixer for Ultra’s annual LGBT branded series “DJ Ricardo! Presents: Out Anthems”-currently in its 6th reiteration.   The compilation, released every year during pride month has become the ultimate collection of the years biggest dance anthems.  “This is not a collection of tired rehashed cover songs of stereotypical gay songs. You wont find ‘Its Raining Men’ or ‘Dive Into the Pool’, instead you find a smart collection of different types of upfront dance anthems as heard at all different kinds of gay and straight clubs through the world”.  Whether it’s electro or tribal or progressive or anything in between DJ Ricardo’s Out Anthems, synthesizes a typical night at a club into a 78 minute mix. “I wanted all the Out Anthems mixes to musically represent a condensed version of night out, complete with a opening music followed by the peak time music (say 2 am), and culminating with afterhours.  It was not easy to edit songs down so that you get a sense of an 8 hour night at a club is like within the time constraints of a 78 minute mix so that it fits on one cd…”

Although pictures show DJ Ricardo djing since he was a toddler, it wasn’t until 2006, upon the release of his second commercially released CD where his DJ’ing career took off. The first “Out. Anthems” compilation was a phenomenon and was the #2 most downloaded dance album on I-Tunes for three consecutive months in 2006.  Since its first release the Out Anthems series has three times hit the Billboard dance chart peaking at #4, and appeared 3 times on the I-tunes top 10 most downloaded dance compilations.

DJ Ricardo! has played NYC’s mega-clubs like Pacha, Crobar, Avalon and Splash.  He toured nationally through the summer months playing many release parties in conjunction with Gay Pride events.  In 2008, he headlined San Francisco’s biggest pride event “Queen” with over 6,000 in attendance thrown by KNGY’s Energy fm.  He has been the guest star DJ at the NYC gay pride heritage parade annually since Out Anthems was first introduced.  In 2010, DJ Ricardo! was personally selected by the Speaker of the New York City Council, Christine Quinn to play for the Gay and Lesbian Independent Democrats float at pride.  “It was an honor to be hand selected to DJ for the most powerful female political figure in New York City, I am humbled”.  Internationally, DJ Ricardo! has headlined events in France, Spain and Puerto Rico travelling as far and wide as the United Arab Emirates in Dubai, where he headlined the infamous Chi the Lodge club the week after Tiesto headlined.

DJ Ricardo! is alsothe inhouse rotating dj at NYC’s most popular Sunday night, Susanne Bartsch’s Vandam at Greenhouse club.  He was the headliner there for Gay pride Sunday and since has returned to grace the main floor numerous times.  Recently, he headlined Direct TV’s: 2012 Sundance Music Festival event as well as 2 private vip events for the movie stars at Sundance Festival in Park City, Utah. 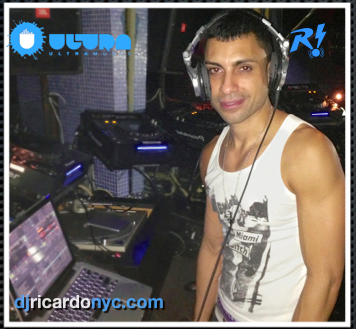